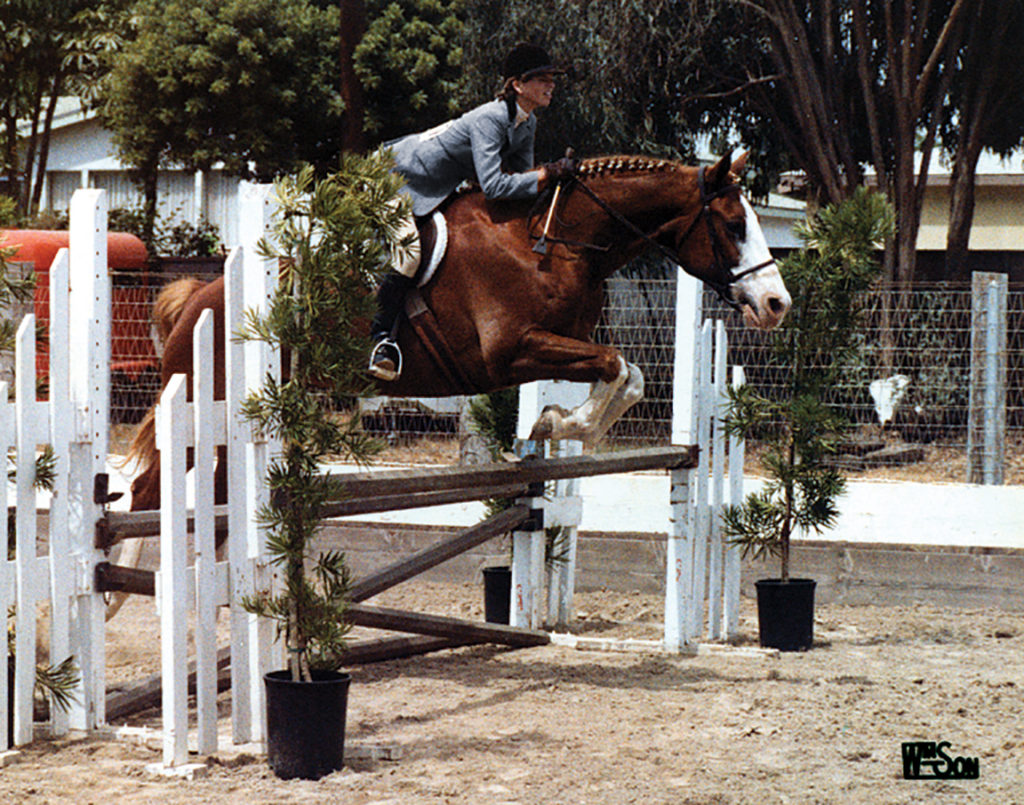 As a child, I never felt like I fit in anywhere. My sanctuary was at the barn where I rode my horse. I love animals, especially horses and I have always felt connected to animals my whole life and they love, understand and accept me.

I had a few friends, but I was never a popular kid in school. Did it bother me, sure it did. I got bullied all through school, from grade school all the way through high school. I was too scared to tell anybody.

Most, if not, all of my relationships with men have been abusive. I was sexually abused multiple times in my teens. I started doing drugs after I moved out of my parent’s house when I turned 18 and started hanging around people that I had no business hanging around. During this time, I got into my second abusive relationship with a guy who was a drug dealer and an alcoholic. We had three children together between 1988-1991 and I stayed with him for about seven years out of fear and he had told me that I would never be able to find anyone else who would love me. My first son, I placed for open adoption, which was the hardest thing I have ever had to do. Then I had my second son in 1989 and was a single mom up until he was 12 yrs. old. My daughter was born in 1991.

I would lie awake in bed at night and look at the walls and I would see visions of people talking with other people, visions of my son when he was a baby, I saw visions of different animals from horses, dogs and cats to lions, owls and dolphins. I thought it was interesting and cool.

I got sober the first time in 1989, it lasted for 10 months. I started to see a negative pattern in my relationships with men after I left my children’s father, but I got into another abusive relationship in 1999, the abuse was more subtle than my relationship before. I saw the red flags before I married my ex-husband in 2001, but I married him anyway, it ended in divorce in 2007. I knew that the way I was being treated was not normal and I didn’t deserve it, I deserved better. I was determined to not attract that type of person again. So I started working on myself and learned how to love and accept myself.

I have always had an interest in the metaphysical and would get readings at the local metaphysical shops in the area where I lived. I started to get pictures and mini-movies in my head from my horses as a child. I didn’t know what the pictures meant, so I would dismiss them. As I got older, I shut my abilities off because I felt it wasn’t accepted in my family.

In August 2002, I found out I was 8 weeks pregnant, I was so happy and excited, but 3 weeks later, I had a miscarriage 11 weeks into my pregnancy and I knew it was a boy. My old life was over as I knew it and my new life had just begun. My intuitive abilities came back full force during my late thirties, I noticed that something had shifted within me. My family and I had just moved into a new house and I started hearing voices and seeing visions on the walls, in the reflections of windows, in the clouds and on the sidewalk in front of our house. I was seeing and talking with spirits, some of whom were family and some I didn’t know who they were. I would lie awake in bed at night and look at the walls and I would see visions of people talking with other people, visions of my son when he was a baby, I saw visions of different animals from horses, dogs and cats to lions, owls and dolphins. I thought it was interesting and cool. I found that I just knew things about people too and that I could read their energy. I discovered that I could talk with and understand my horse and my dog. I was feeling, seeing and hearing things that most people do not experience. I went to visit a dear, psychic/astrologer friend of mine to ask her what was going on with these experiences I was having and she took my hands in hers and said in a very loving way, “Honey, there is nothing wrong with you, you are psychic.” I sat and looked at her and said, “Oh. Is that all?” I was so relieved. She told me to embrace my gift and to help people with it. I kept my gift hidden for a while from my family and some of my friends. I started reading all the metaphysical books I could get my hands on, taking classes, researching on the internet and talking with other psychic mediums, so that I could learn all about what was happening and why I was experiencing all of this.

When I told my husband and my son that I was seeing visions on the wall and hearing voices, they both said I was crazy and my husband told me that I wasn’t psychic. I felt alone in my marriage and my son was in his teens and busy with school, sports and friends and he thought that it was weird that his mom would sit and stare at the walls.

In late 2002, I started talking to a child spirit named Ryan, who hung around me for about a year. He told me that he, his older brother and his parents had all died in a car accident in their white Toyota van. He was 8 yrs. old when this happened and his older brother and parents had all crossed over, but not Ryan. He said he was scared. I was still learning what my gifts were and I knew I needed someone else to help him cross over so that he could be with his family again. I went to get Reiki from a local woman and she also was a medium and I told her about Ryan. She, along with my Spirit team, helped cross him over.

What I Have Learned Since Moving Away From Los Angeles.

Sign up now and get your FREE Animal Communication Tip Sheet delivered to your inbox.